Stacie and Denver do The Golden Gate

One fateful Friday of my visit to SF was dedicated to bikes Stacie and I rented. We toured the piers, the Exploratorium (a HS science teacher's wet dream), biked the bridge, drank in Saucelito, waited in line for 4 hours to catch a ferry back to the city, returned the bikes, got in a fight which resulted in the only 5 peaceful minutes of my entire visit to SF, found Safeway, showered, got drunk, had my pizza stolen, and finally passed out after finding Stacie's apartment without using a map or a compass (a god damned miracle).
The bridge from a distance. This is near when we started our little journey.

And we're off!!! Neat picture of a park, also, Stacie riding along the bay. No pigeons were harmed biking this day. 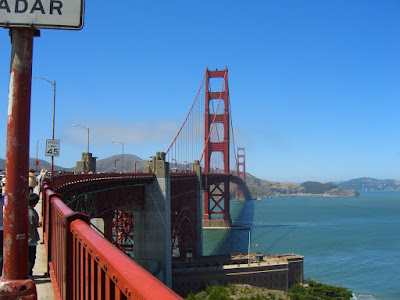 My favorite picture of the bridge. 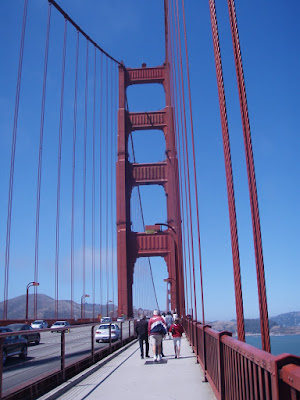 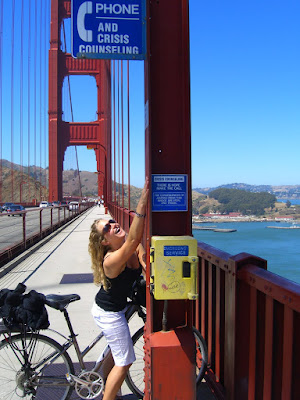 The bridge up close... You can only see 3 people now, but there was a serious opportunity to rack up an impressive body count biking down that narrow path... Our situation got desperate, as Stacie demonstrates reaching for the "Don't jump, somebody cares about you." The prospect of drinking in a new town was enough to keep us going... 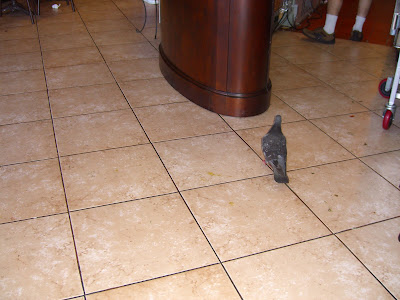 This is the only real photo taken in Saucelito. Another one exists on my phone, but it is very poor quality. This was a very brave pigeon, needless to say, so I took his picture. He wandered around in the sandwich shop where we ate and made his way behind the counter eating scraps off the floor. I'm sure this was in some violation of a health code, but it would have been a shame to stop him, having worked so hard to get back there... 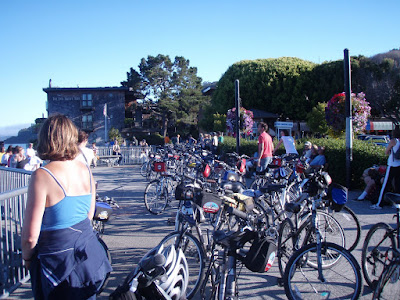 The great bicycle bell protest of 2008. Waiting in line for 4 hours to ride a ferry back into the city. The ferry was not accepting bicyclists. The line to get on the ferry was several hundred bikers long. We protested the only appropriate way we knew how. When that was ignored, we resorted to boo's, angry yelling, and re-routing non cyclists (who were given priority) to a different line entirely. 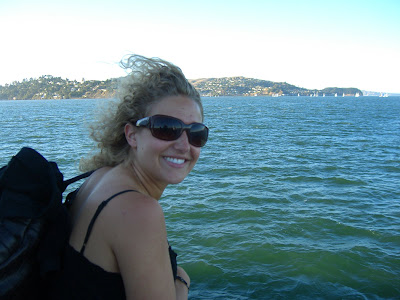 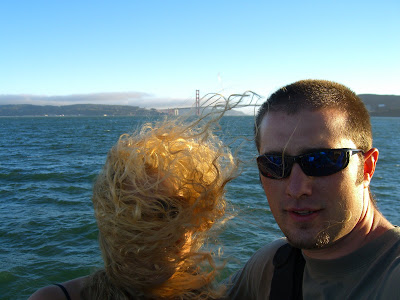 We did finally get on the ferry to go back to the city. In these photos, Stacie demonstrates the meaning of "photogenic." Nice. Also, a lovely view of the bridge from the Ferry. 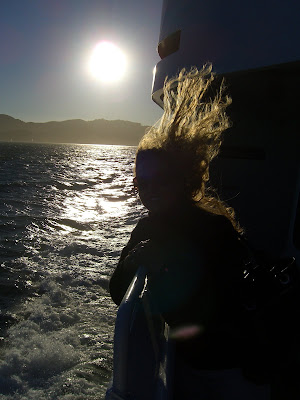 I couldn't resist adding this one... 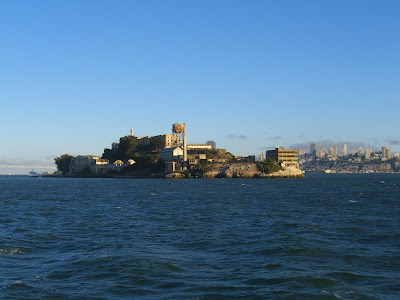 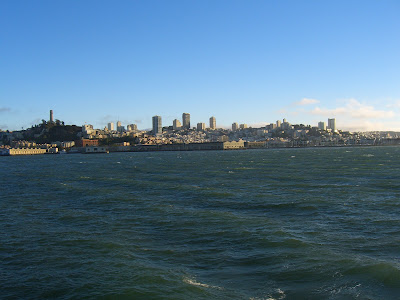 Alcatraz and the city from the ferry. 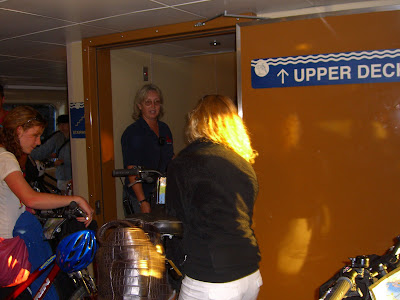 Happiest 20 minutes of the day - trying to get off the ferry.

Sadly, there aren't any other pictures from the rest of the day. The short version is I got annoyed and told Stacie she couldn't talk to me. I found Safeway. We both got drunk. I cock-blocked Stacie. Stacie stole my pizza. I got frumpy, angry, and disoriented. Stacie and I were drunk and yelling at each other. I ended up back at her place but don't remember how. Went inside and passed out.
Posted by Unknown at Sunday, September 21, 2008